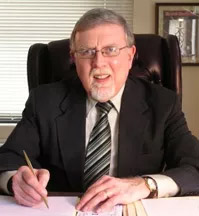 Robert Xides has been a partner in the firm since 1989, a member of the firm since 1982, and an attorney since 1976. Admitted to practice throughout Pennsylvania in state courts, the United States District Court for the Western District of Pennsylvania and the Third Circuit Court of Appeal, Mr. Xides has great experience in a number of legal areas.

An experienced litigator, Mr. Xides has represented clients in a wide variety of judicial settings including trial courts, appellate courts, bankruptcy courts, arbitrations and administrative hearings. His cases have spanned a broad range of fields of law including real estate, zoning and land use, estates and trusts, evictions and foreclosures, bankruptcy, business law, personal injury, and Social Security law.

Mr. Xides has represented clients in bankruptcy and real estate proceedings for over thirty years. His bankruptcy practice is now limited to representation of secured and unsecured creditors. For many years he has represented landlords, mortgage holders, lien holders and others seeking to collect debts or re-possess collateral. He also arranges Sherriff’s sales of mortgaged and tax delinquent real estate.

Mr. Xides believes in contributing to communities as well as representing them. An Eagle Scout, he has served the Boy Scouts of America as a member of either the Board of Directors or Advisory Board of the Laurel Highlands Council for over 25 years. He is a Distinguished Toastmaster (DTM) and a former Area Governor for Toastmasters International. He is a former President of the McKeesport-White Oak Area Rotary Club, and the current Treasurer of Bethel Lodge No. 761 of the Free and Accepted Masons of Pennsylvania. He has been a past Board President of Womansplace, a non-profit women’s shelter. He has also served as a member of both the Finance Committee and Board of Trustees of the Baldwin Community United Methodist Church, and as past President of the Board of Trustees.

Mr. XIdes has been married to Patricia Nixon since 1980. He has special interests in genealogy and history. He is the First Vice President of the Wolcott Family Society, a nationwide organization of members and friends of the Wolcott family in America. He has visited the birthplace, home or gravesite of twenty-five United States Presidents.